Losing weight has always been a major concern for most people. Maintaining a healthy weight range is important for our overall physical and mental health. In this age of fast food and binge-watching, few of us hardly ever move around or exercise.

Engaging in fun sports has gained popularity in recent years as an effective weight loss practice that combines exercise and physical activity.

What is the difference between exercise and sports?

Even though exercise and sports might sound like the same thing, there is some difference between these two.

Exercising involves exertion through physical activity and expending calories. The difference lies in exercise as a repetitive and planned motion usually with a goal such as losing weight, building muscle, or endurance. Examples of exercises are running, weight lifting, and cycling.

Sports involve exercise and physical activity in a controlled environment governed by rules and regulations. Thus sports are often, but not entirely competitive. Engaging in a sport to get fit leverages on competition to create a great environment to achieve this goal. Track and field events, football, and racing are some of the best-known sports.

So which sport should you choose if you want to lose weight?

Shedding a pound of weight requires a calorie burn rate of 3500 calories. Exercises can also be mundane and repetitive leading many people to give up in a short time. By identifying and selecting a number of sports and determining the number of calories burned by each exercise, it is easy to create a workout program that is not only versatile but fun to do. 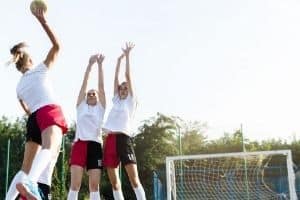 Here’s the good news, you can pick any sport you like as long as it achieves the number of calories you intend to burn. Better yet combining two or more sports is a good idea to beat the monotony.

Handball is a fun, fast-paced sport that works almost the entire body while employing co-ordination. The sport is also a great anaerobic exercise that tones the muscles, burns calories, and improves cardiovascular health.

According to research, A 30 minute game of handball burns calories as follows;

Rock climbing is as hardcore as it gets. Typically it involves hours or even days for rock climbers to get through their course. That said it is an excellent workout as it exerts your body for long hours on end thus building strength, burning calories, and improving your overall endurance.

A solid 30 minutes of rock climbing burns calories by weight as illustrated below;

Cycling is also an effective weight loss sport. It engages the lower muscles of the body and can be modified to make it more challenging.  You don’t need a professional bicycle to begin so a good bike that is relatively inexpensive should do the trick.

Controlled moderate cycling can burn up to 300 calories in under an hour. You can increase this rate by increasing the difficulty of the sport. The number of calories burned by weight during cycling; 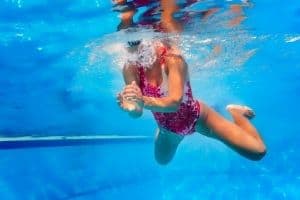 Swimming is a powerful exercise in a weight loss program. The movement involved during swimming demands great physical shape and endurance which consequently burns a lot of calories. To lose weight through swimming you should try to get at least 2-5 hours a week.

Using breaststroke technique, the caloric burn rate according to weight by swimming for half an hour is as follows;

Water polo is a competitive and intense sport with non-stop movement. Players need to move back and forth in the pool to outscore their opponents. This delivers a vigorous workout as shown in the number of calories burned in 30 minutes of play.

Exercising doesn’t get any easier than the classic jump rope. Beginners and advanced athletes know the benefits of a short workout jumping rope. It is a straightforward exercise requiring only a rope. Calories burned in thirty minutes is as shown below.

A single hour-long game of racquetball sees players run an average of 3600 feet. This is quite the distance which means you get to burn a lot of calories. To lose weight by playing racquetball can start with 3 times a week for about an hour a game.

Thirty minutes of competitive gameplay burns calories by weight as shown below;

Martial Arts is a true art form bringing together mind and body. It involves fast movements and hours of practice to attain true mastery. This is a good thing as you can follow the process while losing a few pounds in the process.

Orienteering is the hallmark of competitive navigation. Participants use maps and a compass to traverse unfamiliar outdoor terrains in a sport that employs skill and speed.

The sport is both mentally and physically tasking which happily translates to a good workout that burns those extra calories. 30 minutes of orienteering?

Players spend hours training to stay at peak playing form and this makes the beautiful game a good way of losing weight.  30 minutes on the pitch of competitive football burns calories as follows;

Boxing involves rapid movements of the whole body to throw jabs and duck your opponent. Boxers move a lot during a match to outmaneuver one another. The physical impact of a round of boxing usually necessitates breaks after each round.

30 minutes of sparring in a ring you can expect to burn as much as; 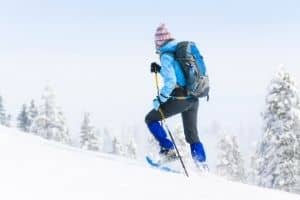 Compared to walking, snowshoeing has the potential to burn about 45% more calories. Walking with added weight in cold weather does a number on your metabolism to burn calories at an increased rate. Snowshoeing for as little as half an hour can burn as many calories as follows;

This is one of the most demanding cardio sports. It is a challenging exercise designed to test the limits of human ability in rough weather. The sport uses muscles throughout your body making for effective and intense exercise.

Skiing for under half an hour has the potential to burn calories for different individuals as follows;

Running is an easy to do exercise for weight loss it requires little to no equipment and is easy to start. To gain the most out of running you can create a routine to hit the track for at least 4 days a week. Before you hit the ground running it is important to stretch and warm-up.

Aim for short to medium bursts punctuated by 5-minute breaks. Remember to hydrate yourself after you run and repeat the process to achieve an average of at least 30 minutes of running time. 30 minutes of running at a steady speed of 5mph will have burn calories at a different rate depending on body weight, as follows;

According to Harvard health, depending on your weight you can expect to lose as much as; 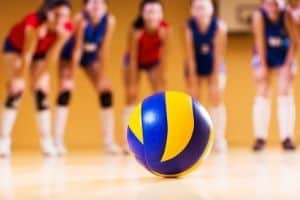 Volleyball not only burns calories fast, but it also tones the muscles. It is a competitive sport with plenty of jumps, twists, and turns. The intensity can vary from leisure play to competitive games. However, even a fun beach game burns through calories effectively as shown below in 30 minutes of play.

How long should you exercise to lose weight?

A well-structured weight loss routine should involve different exercise routines with varying intensity. Aim for between 3-5 days a week. Allow for days of for rest to enable the body to heal and recover.

Many beginners start with intense workouts with minimal rest. The logic behind this is that the more you work-out the faster you will start to see a drop in your weight. This is not entirely true.

First, there is the risk of injury caused by a sudden change in the level of physical activity that your body is used to. Secondly overworking tends to lead to over-eating as the body requires a caloric surplus to replace lost energy.

Most experts recommend that you aim for at least 30-minutes of moderate exercise for weight loss. However, if you want to lose weight fast, consider increasing your hours to 250 – 300minutes of exercise per week.

Engaging in sports is a fun way to lose weight while improving your health. When you’re trying to lose weight, you want to aim for at least 250-minutes of exercise or sports every week.

Best sports to do to lose weight include; handball, rock climbing, bicycling, swimming, water polo among others. With just 30-minutes spent engaging in these sports, you can expect a good number of calories.