Although it is possible to lose 75 pounds in 3 months, it is not recommended. It is much more than the 12- 24 pounds most experts recommend you lose in 3 months and is considered unsafe for most people.

You have to eat less to lose 75 pounds. Most experts recommend you reduce your calories by at least 500. While this is enough to jumpstart weight loss, it is not enough to lose 75 pounds in 3 months. You still have an extra 2,417 calories to burn with exercise.

Exercising can help you burn calories. However, it has to be at the correct intensity and duration. A 185-pound person, for example, burns approximately 420-calories in 30 minutes, running at a speed of 6-mph.

This person would have to maintain this intensity for at least 3 hours to burn enough calories to lose 75 pounds in 3 months. An unrealistic goal that most people will struggle to achieve. Also, this is much more than the 150 – 300 minutes most experts recommend healthy adults spend exercising.

How fast can you lose 75 pounds?

However, keep in mind that these numbers vary. Several other factors affect how fast you lose weight. These include factors such as; age, gender, weight, height, and activity levels. Due to these differences, some people might lose 75 pounds faster or take longer.

A person who weighs over 300-pounds, for example, will not lose 75 pounds at the same rate as someone who weighs less. The heavier person burns more calories as their energy need are higher.

In the same way, a person with an active lifestyle who exercises daily will not lose weight at the same rate as someone with a sedentary lifestyle with little to no activity. 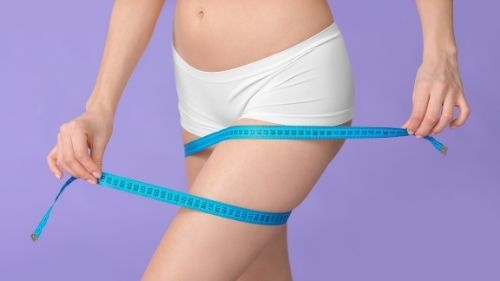 How much weight can you lose in 3 months?

Generally, expect to lose 12 – 24 pounds in 3 months. It is a safe and healthy amount for most people to lose in 3 months.

Also,  losing this much weight in 3 months is best as it gives you enough time to incorporate the right changes into your diet. This way, you increase the likelihood of keeping the weight off long-term.

While you can lose more weight in 3 months, it is not recommended. You would have to resort to drastic measures such as exercising too long or severely restricting your calories. These measures are unsafe and can affect your health.

3 months might seem like a long term as many people are used to instant gratification. However, it’s the right amount of time for most people to lose this much weight.

Start with small changes to your diet such as; cutting out junk food and portion control to reduce how much food you eat. Also, incorporate exercise to burn more calories. Do these, and you will lose weight in 3 months.

Can I lose 75 pounds in 3 months? Conclusion

While it is possible to lose 75 pounds in 3 months, it is not recommended. It is much more than what experts recommend you lose in 3 months.